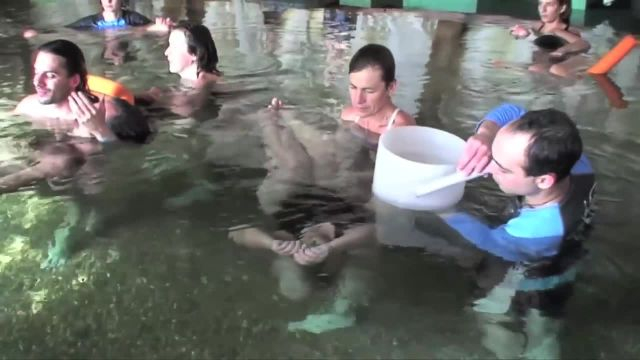 Raising the frequency
2 years 167 Views
donate Add to
Want to watch this again later?
Sign in to add this video to a playlist. Login
HELP Report 0 0
Category:
General
Description:
Researching the Experiential Effects of\\\\nApplied Cymatics in Water for Healing Purposes\\\\nUsing Crystal Bowls Tuned to the Harmonic Solfeggio Scale\\\\n\\\\nIntroduction:\\\\nThis is a call to all scientists and researchers in the fields of Cymatics, Sound Healing, DNAActivation, Oncology, Bioacoustics and Water Therapy &amp; Purification, to take part in a study of a newly discovered method for the immediate impact of sound on health using water as a conductor for vibration. The basis of this practice is a synthesis of conclusions garnered from extensive research of:\\\\n- Cymatics\\\\n- Vibrational medicine\\\\n- Water purification techniques using sound\\\\n- Brainwave science\\\\n- Mathematics\\\\n- Sacred geometry\\\\n- DNA research and pineal gland research (which are known to be encompassed by water and resonant to the surrounding environment)\\\\n- Clear-quartz crystal properties of receiving, storing, transmitting and amplifying frequencies and information.\\\\n- The science of frequencies and their potential to specifically heal all sorts of dis-ease as shown by Royal Raymond Rife and Robert C. Beck, as well as Dr. Masaru Emoto\\\\\\\'s\\\\nphotographs of the Solfeggio frequencies\\\\\\\' impact on the molecular structure of water.\\\\n2\\\\nBackground\\\\nIn June, 2009, Shai Danon and Amiti Media began experimenting with and documenting the\\\\nimplementation of a newly discovered technique they created after exploring the application of the frequency of 528hz on water, based on the scientific findings of Dr. Joseph Puleo and Dr. Leonard Horowitz.\\\\nConsidering the known impact of frequency on the molecular composition of cells, they easily discerned that directing pure tonal vibrations towards a subject would have an allover\\\\nphysiological effect that could restore cells to their pure, unadulterated state. Dr. Masuru Emoto\\\\\\\'s research on the impact of sound and prayer on water made it evident that, since human cells are made of at least 70% water, applying a specialized technique to the physical body would affect people on a cellular level, potentially restoring overall body health to the recipient of treatment.\\\\nAmiti and Shai combined three aspects of science into one technique: Directing accurate sound waves to energy centers of the body, utilizing water as the best known conductor and\\\\nQuartz Crystal as the best naturally transmitting amplifier.\\\\n\\\\n Techniques such as Watsu, Jahara, Water Dance, Hydrotherapy for the disabled and communing with dolphins have been gaining momentum worldwide over the past several years, and throughout Israel in particular. Working with over 30 various hydrotherapists, they all acknowledge the profound impact these specific sounds have on their patient\\\\\\\'s recovery.\\\\nAn epic transformative event occurred at the World Water Festival in Eilat in February, 2010. Amiti\\\\\\\'s instinct was to arrive early and meet the dolphins with the floating crystal\\\\nbowls, to see how they would respond to these frequencies underwater. From the underwater videos, it is clear that the dolphins enjoyed the experience and were not bothered but rather curious and open to receive the vibrations and sing back. This was an important acknowledgement from the \\\\\\\"masters of sound.\\\\\\\" At the festival, which hosted a majority of\\\\nexpert water therapists from throughout the world, Ahava 528 held workshops and presentations which strongly influenced the overall atmosphere of the event, culminating in a final session in a therapeutic seawater pool where over 70 people circled and toned together in the water to the frequency of 528hz. Without anyone expecting it, the mood naturally escalated from a meditative state into unrestricted waves of spontaneous laughter, joy and dance which lasted into the night.\\\\n\\\\nHypothesis\\\\nIt is of specific interest to determine the power of this type of treatment on a number of various physical, emotional and mental maladies. In cancer treatment, for example, directing\\\\ncrystal tone vibrations through water tuned to the correlating frequency of the affected organ could potentially diminish and/or eradicate the existence of cancer cells. This would be\\\\nwithout the use of radiation or electronic devices, but with the simple tools of water, tuning forks, crystal bowls and applied knowledge.\\\\nPossible benefits of such treatment also include deep intracellular hydration which has\\\\nnumerous benefits including an increase in mental clarity, improving physical performance,\\\\ncell to cell communication, and metabolic regulation which may assist in weight loss.\\\\nReportedly, this treatment also promotes a feeling of deep relaxation and sense of increased blood circulation which aids in the healing process of any disease. It may be of great benefit to those with high blood pressure, depression, and may help ground and fuel the body\\\\\\\'s electrical system, improving synaptic response and emotional well-being, which is known to have an impact on overall physical health. This type of treatment may also be helpful with autistic patients.