The Royal F. A. Ayi Foundation

President of the Organization of Kings & Queens of Africa since 2002

His Majesty King F.A. Ayi was born in Africa, the nation that is Now call the republic of Togo fromally call juda kingdom, into one of the ancient royal families of West Africa, a descendant of one of the lost tribes of Israel. King Ayi is the hereditary heir to the throne of the Guin kingdom (Ayigbe), descendant of one of the lost tribes of Israel, which was established by the mingling of the Guin and Adja Ewe peoples groups in the 17th century. They Guins were part of the Ga royal family of Ghana. The Guin throne was removed from Ghana during a time of civil war and moved to what is now the southern region of Togo. The seat of the kingdom was established in Glidji near Aneho in the Lac Region with the palace constructed in 1663. The people of the Guin kingdom extended into what is now the southwestern corner of Benin and the Southeastern corner of Ghana.

Prince Ayi, helped draft a proposed new constitution for Togo. This draft was used as the basis for the constitution that was adopted by Togo and has since been used as a model for other countries including Uganda and Bulgaria.

- 1991 Prince Ayi was a student at Michigan State as an Associate Professor in the Social Science Dept. working with Dr. Leon Watson.

- 1992Prince Ayi was invested as the Crown Prince by his Grandfather, the late King Foli Bebe XIV.

1994 – King Ayi his grandfather, King Foli Bebe XIV, died suddenly from a massive heart attack. While Prince Ayi was the designated heir to the throne, he did not consider the circumstances to be right for him to return home at that time. This led to a delegation of pastors, family members, and chiefs from the Council of Chiefs in Togo, coming to Washington DC to conduct a formal enthronement ceremony establishing King Ayi as the new King.

From that point King Ayi’s uncle, Prince Tettepoe, continued to act as the new King’s Regent in Togo while King Ayi remained in America where he established the non-profit Royal FoliBebe Ayi Foundation in honor of his predecessor. King Ayi proceeded to serve his country by assembling medical supplies, school supplies, and food stuffs for shipment to Togo.

Within two years, Prince Tettepoe died and this was taken by King Ayi as the sign that it was time for him to return home. There, he was well received by the family but needed to shore up his standing in the Kingdom after such a long absence. However, King Ayi’s vision was to serve the people of Togo on a broader basis and he felt that he could be more effective if he were not tied down by the traditional administrative functions in Glidji. This led to his stepping down from the administrative role in favor of an uncle who became the Chief of Glidji while King Ayi retained his title as King of the Guin. Thus he maintained a symbolic leadership role with his people but without the burden of day-to-day administrative responsibility.

Prince Ayi was crowned King, the first African King to be crowned in America at a ceremony held in Washington D.C. The royal family came from Togo with diplomats from around the world also in attendance. The ceremony was officiated by the late Chaplain of the Senate, Dr Richard Halverson, who laid the crown on his head.

1996 - King Ayi returned back to Togo for the first time with a public celebration ceremony at the palace.

1997 – King Ayi was publically recognized as the symbolic King of Togo by the former President of the Republic of Togo. Also in 1997 was approche by United nation as candidates for Secretary General of UN.

In 1997, President Gnassingbe Eyadema of Togo recognized King Ayi’s humanitarian work and love for his country by naming him the Royal Symbolic King of Togo, a new symbolic position created within the republic. In this capacity, King Ayi works with both political and traditional leaders to serve the interests of the people throughout the country.

2002 – King Ayi During the second World Conference of the Counsel of Chiefs and Kings of Africa, King Ayi was crowned by his peers as head of the Organization of Kings and Queens of Africa, in the republic of Benin.

King Ayi proceeded to divide his time between Togo and America where it was easier in many ways for him to work on behalf of the people at home. With vastly better infrastructure and communications in the U.S., the King was able to assemble and ship large quantities of humanitarian aid in cooperation with other non-profit relief organizations. On one trip to Togo he was able to visit the North – a ground-breaking trip for a King from the South – where we took a quantity of school supplies and provided some financial assistance for the building of a small school in an area that had not had one. This combined with a number of visits to other parts of the country led many of the people of other tribal groups to informally adopt King Ayi as their own King as well. This country-wide respect for King Ayi grew with his launch of the Royal Green Cross, an organization for the youth that is geared toward developing a sense of community service, self-reliance and improvement through education and training. Chapters have sprung up throughout the country. The King’s humanitarian work through both non-profit organizations continues to this day.

during the second World Conference of the Counsel of Chiefs and Kings of Africa, King Ayi was crowned by his peers as head the Organization of Kings and Queens of Africa. In this capacity, King Ayi is uniquely positioned as a bridge between the traditional cultural leaders of the various peoples groups and the political leaders of the many African countries as they seek to work together to improve the lives of people across the entire continent of Africa.

2005 - Since 2005 due to his outstanding leadership abilities and love for his country, the former President of Togo, former U.S. President Gerald Ford, former U.S. Vice President Al Gore, as well as the people of Togo and Togo media, have asked King Ayi to run for President of the Republic of Togo, West Africa.

2010 – King Ayi was invited by European Union in Belgium to discuss and find solution about political instability in Togo and the region.

2012 – King Ayi was nominated as by universal federation of peace as Ambassador of Peace.

2015 - Since 2015 the king Daviyd Ayi Ayayi visit to Israel he became very advocates of the good work of Israel and meet many different leaders religious and political to prepare the most important mission of his heart is to start the pilgrimage of the king and queen of the tribes and friends to Israel to come to my Zion.

He is between His USA home and Israel and Africa.

The king was professor and a writer published several books in America and co author in Togo.

K A group is international consultants business company who deals in facilitating transactions in Africa America Europe Israel via the ceo contact in government worldwide. 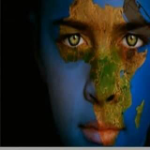 Want to watch this again later?

Sign in to add this video to a playlist. Login
Report 0 0
Category:
General
You must login to be able to comment on videos
Reply

Previous Next
Up Next Autoplay