Jerry Flynn - Trained by the Military in Radio Warfare 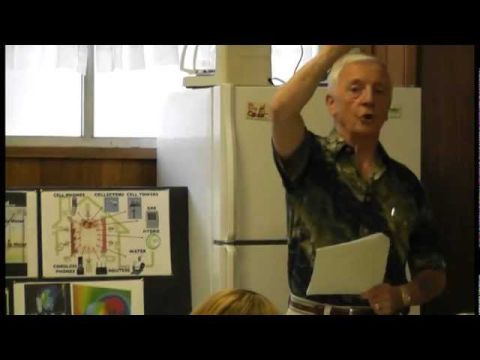 I retired from the Canadian Armed Forces, in 1978, with the rank of Captain in the Communications Electronics Engineering Branch, having been promoted up through the ranks. The military education I obtained throughout my 26-plus year career does not lend itself to an easy comparison to a civilian university, but altogether I spent more than four full calendar years (not semesters) in class room study, at various military bases across Canada. I studied virtually every aspect of wireless radio communications, including: radio theory, antenna theory (both transmitting and receiving antennas), the ionosphere and radio propagation, solar storms and solar flares, the electromagnetic frequency spectrum - specializing in the radio frequency spectrum, electromagnetic radiation, cryptography, communications security, radar systems, satellite systems, telephone systems, cable plants, fiber optic cable, power line carrier, coaxial cable, radio warfare, electronic warfare, signals intelligence, radio fingerprinting, computer programming (FORTRAN and PASCAL), etc. I also completed other significant naval officer-level courses, such as both celestial and terrestrial navigation courses, both of which were prerequisites for me in my pursuit of a Bridge Watchkeeping Officer's Certificate, which I was awarded in 1968 - following yet another year-long on-job-training apprenticeship while holding down other full-time officer duties aboard a Canadian destroyer. Were I pressed to make a comparison, my formal education would likely fall somewhere between an undergraduate and graduate degree program, probably closer to the latter. Who knows?